Listed below are my publications in various scientific journals
Please click on the title to reach the page on the respective journal's website.
If you find difficulty accessing the articles, please email me by  CLICKING HERE 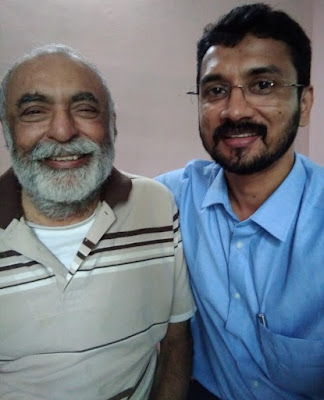 Rasheed Sir alias Rasheed Haji has finally surrendered after a very long battle against diabetes I would say. If my memory is right, he was the first person whom I had seen using insulin injections. I never knew what it was then though. And also the first person to use a Maruti 800 new model car [KED 9776. Vague Memory] Way back in the 80’s when we were in the hostel of MES Raja Residential School, Chathamangalam in Kozhikode District, he and some other teachers were the parents-in-charge of almost the whole lot of students in the campus. 99% percent being hostilities they knew each one of us, our parents and vice versa. Communication was not so developed those days and going home from the hostel was only once or twice a year. And the rest of the time was on the campus. And in a nutshell, when I completed my tenth class and reached home, I had lived with my  teachers and wardens than with my parents.

He was called Admini [Short form of Administrator] probably because calling out the full name was much difficult for most of us 😊. He was almost always around on the campus. Now I have only good things to remember looking back to those good old days and innumerable funny and hilarious episodes  [in spite of the usual hardship of hostel Life and countless caning we got for the obvious mischiefs of the age which we more than deserved].

He was a very strict person and was adamant that we speak English and develop our language skills [trust me I would not have been writing this so well if not, that mentoring then]. Wearing a uniform was enforced with utmost perfection. News reading was a routine event in the morning assembly. He taught us world history in the senior-most classes and we went all over Europe and the Americas in those hours.

And as usual, a strict teacher is never liked obviously Rasheed sir was also in the “hit list” of most of the students. The annual sports day is when all the scores are settled. The last event is the tug of war between the school macho men [Principal, Admini, Mess staff, teachers, and even some hefty students] were included to try their mettle with the locals of Kattangal and Kallanthode on the other side. Rasheed sir was almost always the last man on our team with the heavy rope tied around him. He was the anchor. Once the whistle blows, tension mounts he keeps yelling out his team members not to give up. A true leader.  The change of expression on his face, the redness with the blood flow and all are still in my memory like yesterday. All of us among the spectators too were applauding and encouraging big time. The suspense mounts some and finally, we win or lose there is a jubilance all around. Then starts the real game. The mud and dust on the ground is the palate and everyone around [Yours truly inclusive] is a Picasso. The rest you can very well imagine. Gathering maximum dust on the palms and going around to splash on the shirt of all the “hit list’ especially teachers with the available time in hand before it was all over and the darkness sets in was even more difficult than the tug of war itself. Poor Rasheed sir was high on the list and by the time short people like me reach there, he would have already been “painted’ well by the mighty seniors who have a higher quota to finish. Oh those days. Now it is all fun to remember and look back to. He too must have been aware of all these I am sure and was enjoying it for a day.

One more confession here. Students after 8th class upwards were allowed to go home alone if they get a permission letter from the parent signed by the principal or Admini and submitted to the hostel wardens. And invariably this was the duty of the latter as the principal may have gone home and Rasheed sir was living in the quarters near the campus itself.  Very simple it will seem to you but getting the signature from him was not as easy as it seems. And no wonder a letter signed by Admini was never cross-checked cos it goes without saying that the scrutiny is done. He very well knows who is going where and the authenticity of the letter and even handwriting at the time. The search was on for alternative routes and someone suggested why don’t we try and forge his signature [So SIMBIL]. All of us tried our luck and believe me, my attempt was one of the nearest to the original and I ‘heroically did that crime” for so many people. Funny thing is I did not dare do that for myself because my parents were not in agreement with me traveling home alone on the bus. Boy!! now when I look back and imagine the seriousness of the matter, I get goosebumps. Phew. Yesterday someone reminded me of this episode on what's app chat which was long forgotten when I was in the office. Before I called my next patient in, I checked out if I can do that signature even now. Hey not bad it is still working. 😊 [Shh hope his children Faby, Fahad and Favas aren’t reading this]. Old habits die hard.

I was in touch with him even after I left the school through occasional letters and phone calls to landline numbers and I think he did write back to me once in a while. Kept updating him whenever some things great happened in my life be it my wedding, children, studies, profession, and all such matters. I joined Alshifa Hospital as a dermatologist in 2006 and I had informed him that too. One of the directors of the hospital Hamsa Pilakkal was his college mate which I never knew. And they were in constant touch all the time being contemporaries in life. One day when Hamsakka met him he said “Ashique is my boy and I am responsible for any good and bad thing that he does there”. I was kind of numb and short of words when Hamsakka conveyed this to me later. I never knew that sir was so much concerned and involved in my life and more than that confident in my capacities [Am sure it must have been so to most of my colleagues too. Still..] and how confident he was about his students. To date, those unwritten words of his are the best testimonial I have ever got in my life.

I Will miss you, sir. I promise I will continue to be your boy all my life even if you aren't around. 😊With Lots of love and respect. And thanks a lot for being what you were to us.

It was indeed another very memorable day of my professional life.

The release of the much-awaited " IADVL Textbook of Innovations In Dermatosurgery" happened at the inaugural ceremony of our national conference MID DERMACON, Mangalore. A great way to rejoice in the release from the virtual meetings ever since the pandemic began.

The book was the idea of Dr. Jayadev Betkerur [President IADVL 2020-21] which was taken up by yours truly as the Editor in chief and Dr. Feroze Kaliyadan, Dr. Sanjeev Gupta [associate Editors], Dr. Deepak Jakhar, Dr. Puravoor Jaysree, and Dr. Saurab SIngh [Assistant Editors] and of course, the IADVL Academy Deepika Pandhi and Dipankar De to guide and help in every step. Hon Sec General Dr.Feroz also to add to the team strength.

The authors are experts in respective fields with publications in various journals across the world. And we were able to finish the project in a record time of 8 months. The book is all about NEW THINGS that have been happening in the last five to ten years with stress on Indian innovations in dermatologic surgery.

We are sure this book will make a difference in your Dermatosurgery journey. 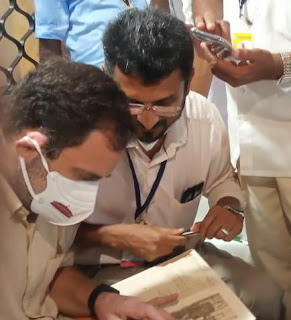 I am in fact short of words to express how thrilled I am to have got a chance to spend some time with Rahul Gandhi whom I can't thank enough for this good gesture which I will cherish for my lifetime 😍🤝.

For more details in English click here The Hindu Daily

Dr. K.T. ASHIQUE
Perinthalmanna and Wandoor, Kerala, India
Dr. Karalikkattil T Ashique [Dr. Ashique] a native of Wandoor in Malappuram District of Kerala and presently Medical Director & Senior Consultant Dermatologist at Amanza Skin Clinic [AMANZA HEALTH CARE] at Perinthalmanna. He has more than a decade of experience in the profession is very passionate about Medical Science and research. If not a doctor, he says he would have been a photographer or a journalist. In dermatology, he is happy and is able to keep all his priorities together. He enjoys blogging though not on regular mode. Married to Shiny Thayyil and we are blessed with two children elder boy Aman and his younger sister Anza.

My CLINIC On google Maps 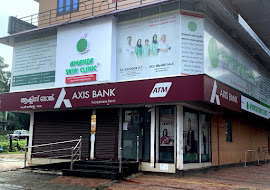 Clicking the logo can take you to my RG profile

Researcher ID [Hover the mouse on the logo]

Clicking the logo can take you to my Mendely profile 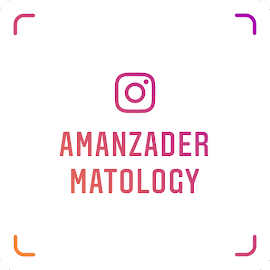 Well Wishers a k a Followers